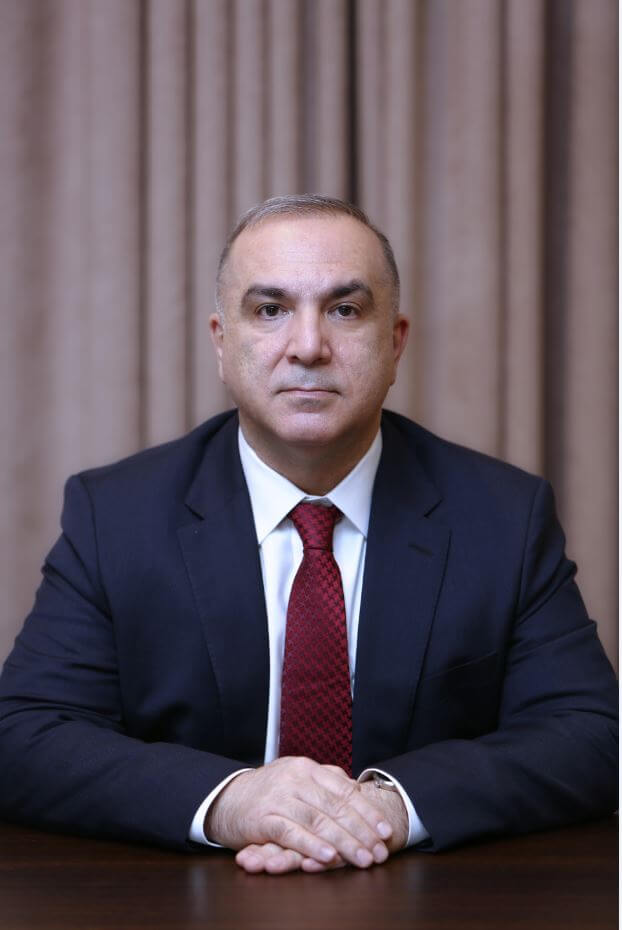 Asif Zeynalov started as GL CEO in April 2019. With over 30 years of experience in the oil and gas industry in various technical and leadership roles, he is responsible for the overall success of GL and for creating, planning, implementing and integrating the strategic direction of the Company.  Asif started his career at SOCAR oil Refinery as Mechanic in 1984, followed by his service in the army as Border Guard from 1985 to 1987. After graduating from university, Asif continued his professional career as Fire Prevention Officer at SOCAR oil Refinery from 1992 to 1995. Starting in 1995 Asif started his career with BP and held a number of roles through 2019 including:

•    General Manager, Shallow Water Absheron Peninsula PSA (SWAP), Baku, Azerbaijan - responsible for creation and management of a new low-cost Operating Organization for SWAP, leveraging international experiences and best practices to effectively deliver all phases from exploration through to production;
•    Regional Director of Logistics & Infrastructure Baku, Azerbaijan - responsible for defining and deploying the regional logistics strategy and capabilities in support of all Upstream logistics and infrastructure operations to support Azerbaijan, Georgia and Turkey Region. Accepted full responsibility for a $700 million budget, a team of 100 BP employees and over 6000 contractors;
•    Head of Operations in Rumalia oilfield in Basra, Iraq – responsible for all upstream operations in the Rumaila oilfield to support BP’s new award Technical Services Agreement.  Accepted full P&L and management leadership for the second largest oil and gas production field in the world generating in excess of 10.5 billion barrels of oil. Recruited 100 expats and mobilized them in country to direct 3,100 employees and more than 2,000 contractors. Managed a $420 million operating budget. Served as Incident Commander;
•    Operations Manager in East Texas, USA, - responsible for oil and gas operation in East Texas comprised of 1,100 production wells, 40+ field compression stations, wellhead compression units and 1,200 miles of pipelines and gas gathering systems across five counties;
•    Sangachal Oil & Gas Processing Terminal Manager,  Azerbaijan – responsible for one of the largest industrial complexes in the world comprised of a team of over 750, a $57 million operating budget, seven oil processing trains, a high-pressure gas facility with throughput of 500 million standard cubic feet. Led the integration and commissioning of a new oil and gas processing Terminal that boosted production from 145,000 MMBOD to 850,000 MMBOD.

Asif:
•    Holds B.Sc. Degree in Transportation Engineering from the Technical University of Azerbaijan;
•    Holds B.Sc. Degree in Mechanical Engineering from the State Oil Academy of Azerbaijan;
•    Graduated from the Operations Academy of Massachusetts Institute of Technology (MIT), Sloan School of Management, USA;
•    Graduated from Leadership Development Program in UK in 2002
•    Is qualified in oil&gas management of major emergencies, managed a number of big scale emergencies off-shore and on-shore 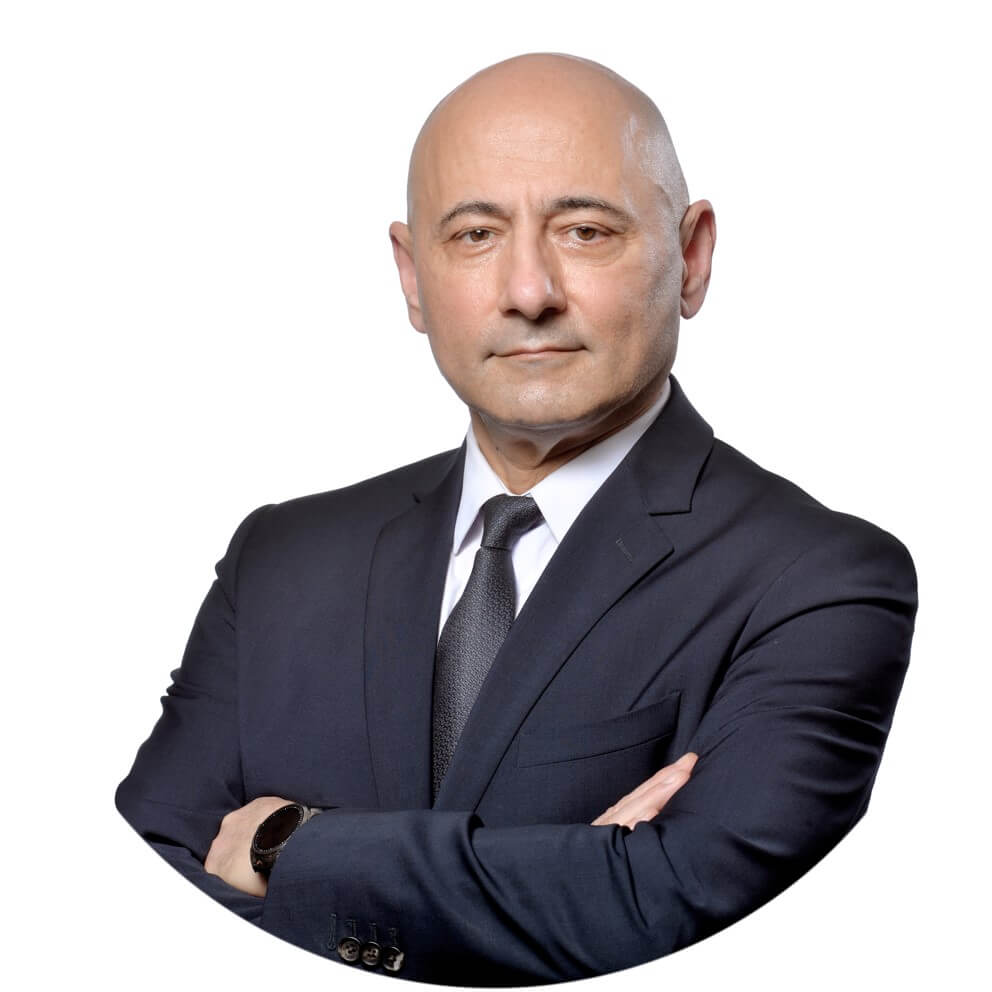 Ali Jafarli was appointed as Business Development and Commercial Vice President reporting to the CEO as of May 5th, 2022. Ali brings vast international experience in the energy sector, having held a number of senior roles in finance, business development, negotiation, strategy, oil and gas trading and business unit management.

Throughout his 30-years of career in SOCAR Investment Division as a Deputy General Manager Ali was in charge of commercial affairs. This experience includes but not limited to:

Ali has been awarded Progress Medal (“Tərəqqi” medalı) in 2004 and the Order of Glory (“Şöhrət” ordeni) in 2008 by the President of the Azerbaijan Republic for his numerous achievements in the development of Oil and Gas industry in Azerbaijan. 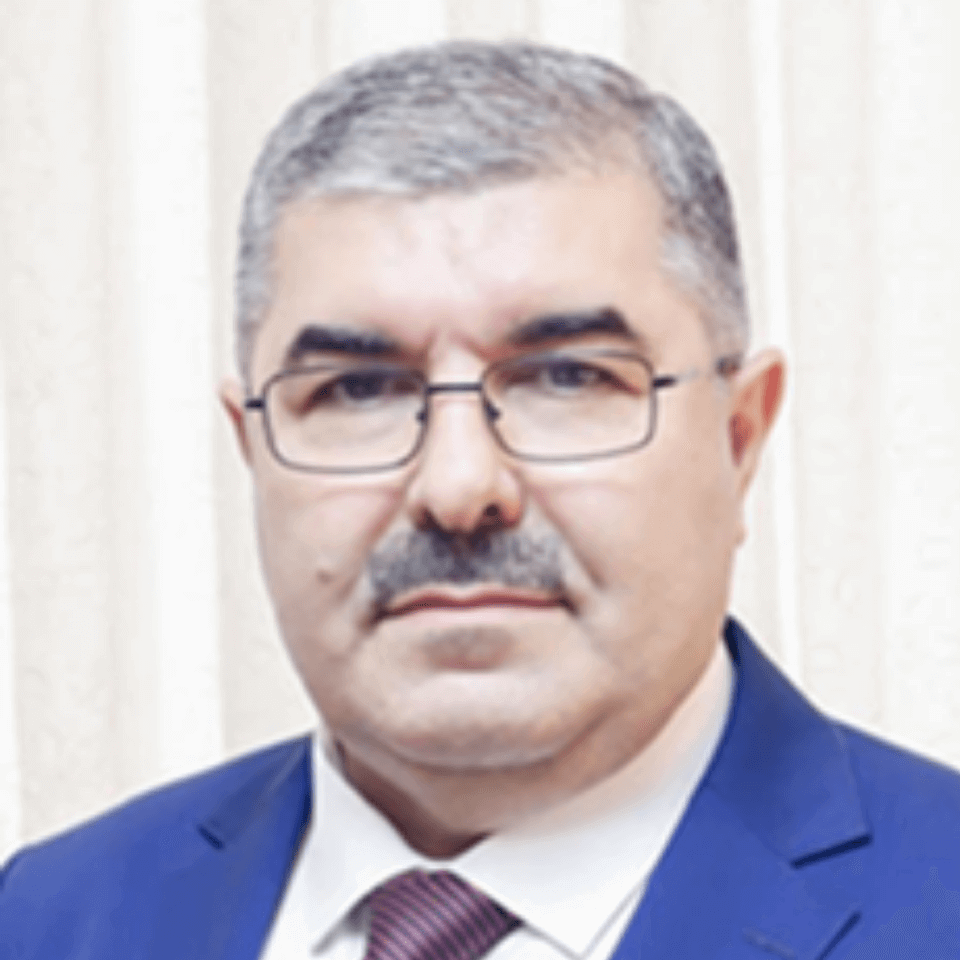 Elman Seyidov was appointed as the Vice President of Operations, GL reporting to the CEO in December 2020. Elman has over 30-year experience in oil and gas and aviation sectors and has held a numbers of leadership roles.

Elman brings with him a wide experience of managing safe, reliable and cost-effective operations. He has extensive strategic and tactical experience of Operations Leadership in production operations working in very challenging and sophisticated environments. Elman is a qualified Mechanical Engineer, with over 30 years of various technical industry experiences. During the last 18 plus years Elman worked for BP in Azerbaijan in a number of Technical and Leadership positions including, but not limited to, Shah Deniz Area Operations Manager, Azeri Area Operations Manager, Regional Production Manager, with his last position as a Regional Sub-Sea Operations Manager. On top of this extensive experience, Elman has also worked for BP in the North Sea.

Elman had held the following positions:

Elman holds a Bachelor of Science degree in Mechanical Engineering for oil and gas field equipment. 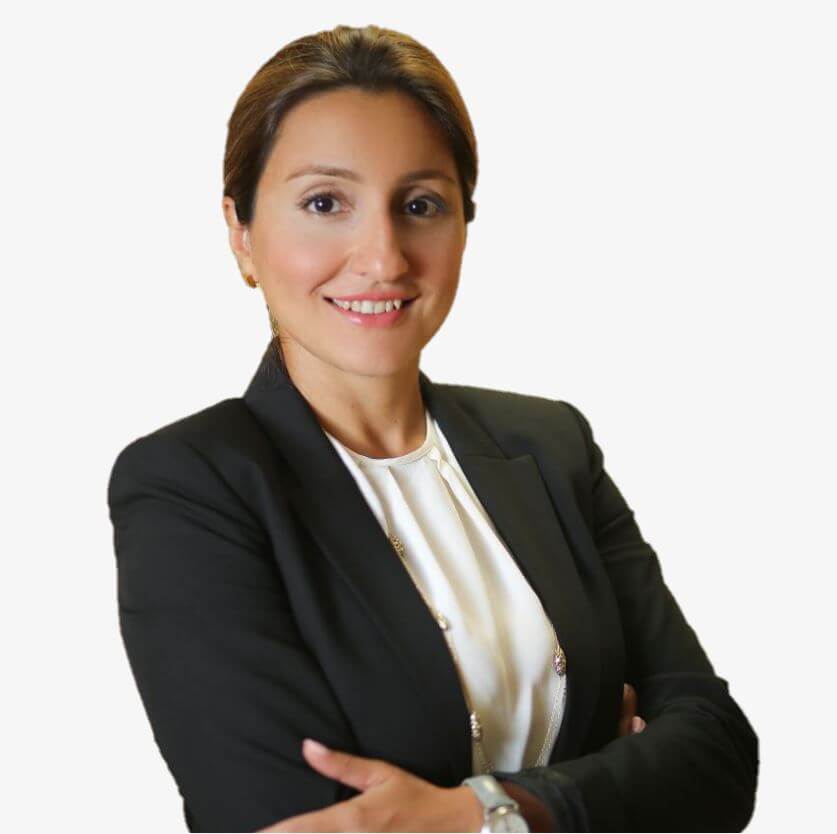 Farida Aghayeva was appointed as the Vice President Human Resources and Learning & Development, GL reporting to the CEO in November 2021. Farida has over 15 years of diverse HR experience in national and international construction as well as oil and gas marine EPCI companies, having held several senior roles throughout. Farida has extensive experience in setting up and operating HR and Training functions for large-scale complex company operations. Farida has held the following positions: 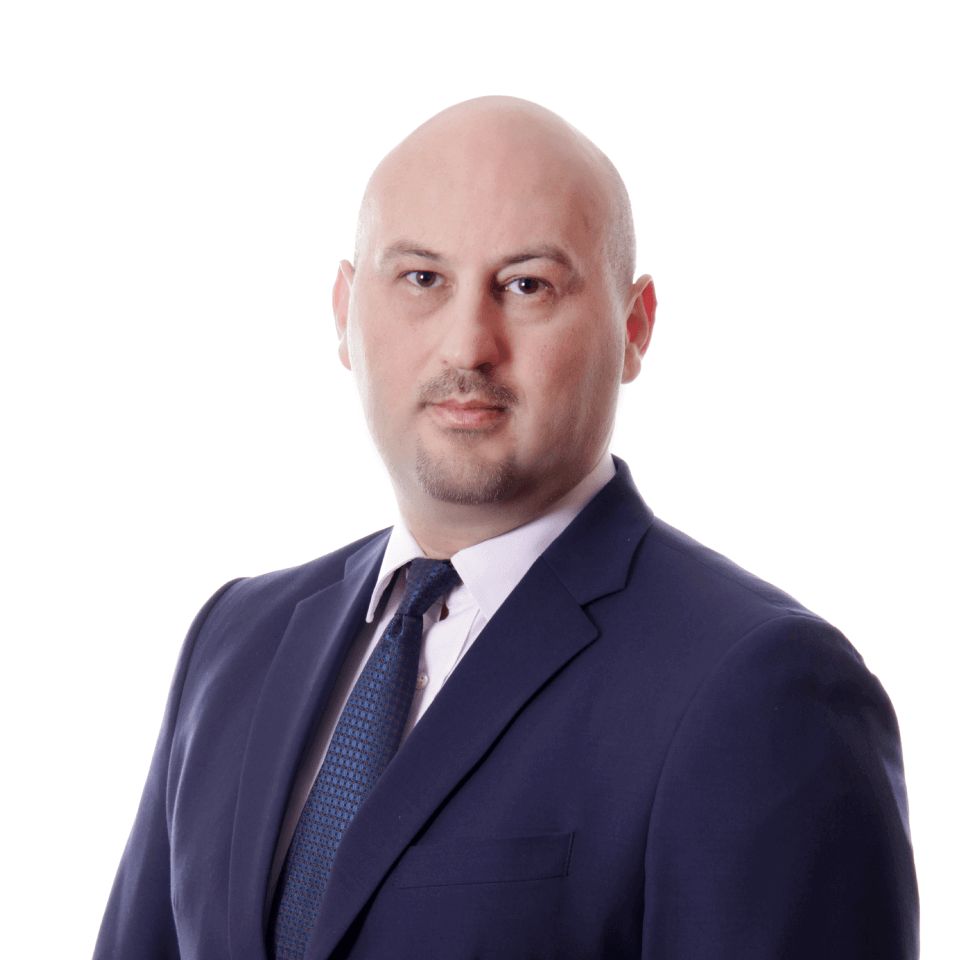 Emil was appointed as the Chief Financial Officer, GL reporting to the CEO in May 2020. Emil has over 10 years of audit and financial background in various fields (telecommunications, oil & gas, construction, retail, real estate, hospitality, travel, agriculture). He has had extensive experience in setting up internal operational, financial controls, and processes in newly established and expanding businesses. Key roles included: 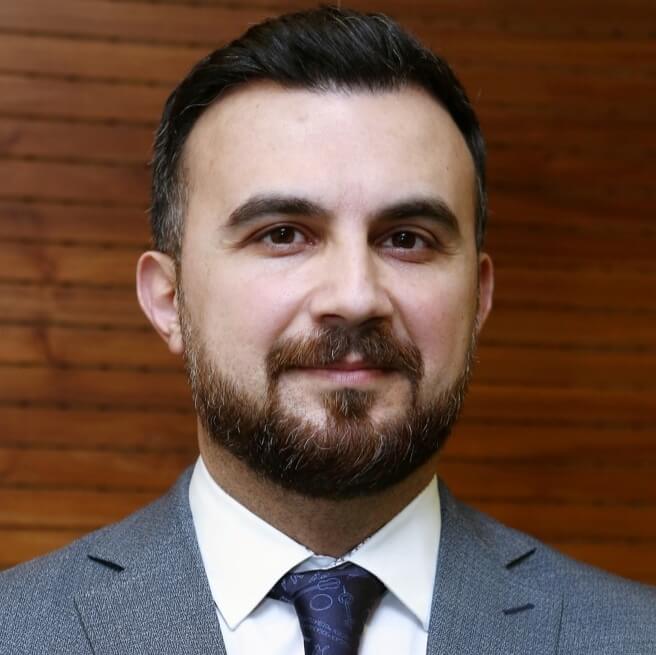 Parviz Tahmazov was appointed as the Legal Director reporting to the CEO of GL effective June 1st, 2022.

Parviz joined us from BP, where he worked for the last 10.5 years as a Counsel in Legal Department for bp Azerbaijan-Georgia-Turkey Region (AGTR) overseeing legal affairs of various assets, functions, and disciplines, and most recently leading the work of the AGTR compliance risk monitoring team, supporting the management of concerns process and assisting the activity of the advisory/communications team within bp AGTR’s Ethics and Compliance team.  Parviz also spent more than 5 years with Grata International law firm as a Senior Lawyer, leading predominantly commercial/corporate/oil&gas law streams, prior to which he acted as a Rule of Law Staff Attorney for about 5 years in the office of American Bar Association in Azerbaijan, and also as a national legal expert for a number of The World Bank Group-funded projects.

Parviz holds BA degrees in International Relations and in Law from Khazar University.

Parviz also serves as a Deputy Chairman of the Disciplinary Committee of Azerbaijan Antidoping Agency.